The oil and gas sector has seen a fair share of disputes owing to its international and multifaceted character.

Recent statistics from the International Centre for Settlement of Investment Disputes (‘ICSID’), indicate that in 2013 disputes in the Oil, Gas and Mining sector account for 25% of all newly registered cases.

Most of the disputes are complex, high value and involve numerous jurisdictions.

Many businesses operating in this sector routinely enter into contracts with entities domiciled or registered in numerous countries and are often subject to the jurisdiction of the local courts where particular projects are executed.

The reality may be that in the event of a dispute the local courts may not be fully equipped to deal with the dispute.

There are a myriad of reasons for this some of which may include local courts lacking a sophisticated legal environment in place to fully protect the interests of the parties to a dispute; difficulties in enforcing local judgments abroad; the inability to grant particular types of relief sought by the parties and so on.

By way of example, the UAE is a well established forum in which international cases are litigated. However, despite its good commercial reputation, courts do not have the arsenal of weapons available to them as those available to English courts. As such, UAE courts do not have the ability to make a worldwide freezing order or to engage a procedure to execute, for example, a UAE attachment order outside the UAE.

Similarly, French courts do not possess jurisdiction to grant a worldwide freezing order or, more importantly, a disclosure order. English courts do have the ability to make such orders.

As a result, litigants may wish to consider seeking interim relief from an English court where a wide range of interim relief measures can be applied for even if the substantive proceedings are litigated elsewhere.

The ability to seek relief from an English court can be of critical importance in the oil and gas industry given the desirability (and availability) of obtaining worldwide freezing orders in aid of commercial disputes litigated in jurisdictions where such a relief is not available. 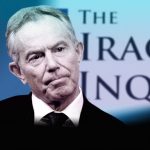 The Chilcot Inquiry: Limiting the Terms of Reference and failing to expose catastrophesNews