The Chilcot Inquiry: Limiting the Terms of Reference and failing to expose catastrophes

Having submitted representations to the Chilcott inquiry on 24 September 2010, Quist anticipates the long overdue publication of Sir Chilcott’s Report which it is now understood will be published during 2015.

Quist submitted representations setting out a detailed account of a family of shepherds, six of whom (including four children) were killed by a US airstrike in the Bashiqa region of Northern Iraq on 30 April 1999. The northern Iraqi no-fly zone (known as ‘Operation Northern Watch’) was established, arguably, illegally, and supervised jointly by the US, UK and French air forces. Far from protecting the Iraqi Kurds as claimed, civilians were routinely targeted by airstrikes in Iraq’s northern no-fly zone.

Quist spent two weeks in Iraq (in 2003) investigating the incident and taking statements from surviving family members. Quist were determined to ensure both inclusion and recognition by the Inquiry of details of the Jarjees family’s tragic losses along with UK’s role. This was irrespective of the Inquiry maintaining individual cases (and their investigation) were “outside the Inquiry’s Terms of Reference”.

Although far from amounting to any satisfactory form of reparation, the Inquiry acknowledged that it had “read the evidence submitted by Quist” and that it would “supplement the formal evidence” the Inquiry had received.

Recent political and military events in the region make the timely publication of the Report and the subsequent reconsideration of the UK’s actions and policies particularly significant.

Details of the representations submitted by Quist to the Chilcott Inquiry can be found in the following article:

Quist continue to take an active interest in Iraq and the surrounding region, specifically in relation to breaches of public international, humanitarian and human rights law. Should any such matter of importance arise Quist would welcome a discussion or an opportunity to review the issues that arise. 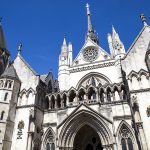 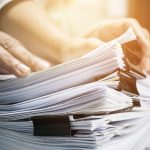